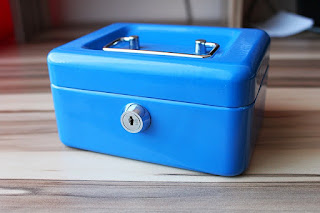 By Mohd Hisham Abdul Rafar
KUALA LUMPUR (Bernama) -- The formation of the National Consultative Committee on Political Funding will lead to more transparency in the affairs of political parties and enhance the people's confidence in them.
Today, transparency and accountability have become the global agenda and citizens of every nation aim to have people of integrity as their leaders.
The time has come for political parties in this country to exhibit more transparency in the governance of their organisations, including their financial dealings.
A senior lecturer at the Faculty of Information Management at UiTM's Puncak Perdana campus, Dr Azman Mat Isa, suggested that a law be enacted to ensure transparency in the management of political funds.
On Aug 14, Prime Minister Datuk Seri Najib Tun Razak announced the formation of the National Consultative Committee on Political Funding to draw up a comprehensive and inclusive action plan of integrity for political funding.
He said the committee would come up with the action plan through reforms and improvement of the relevant laws within a year, and implement it before the 14th General Election.
RECORDS MUST BE AUDITED
Azman said all funds received by political parties from contributors should be recorded clearly, including information concerning the total amount received and the source of the contribution.
"Such funds should be deposited in accounts belonging to the party concerned. This is highly important to ensure transparency and trustworthiness...these qualities are all the more necessary in this age of social media where it's often difficult to separate fact from allegation," he told Bernama.
Should political parties have their funding records audited?
"Yes," said Azman, adding that they should be examined by qualified auditors to ensure that the funds were procured and utilised in accordance with party regulations and the laws of the nation.
"Surely the people won't feel comfortable if the contributors are awarded various projects as a 'thank you' gesture. If there are strings attached to the donations, party leaders may have to give in to the donors' demands.
"Things can get quite touchy if the recipient also happens to helm the administration, whether at the federal or state level. Even if the donors expect something in return, perhaps in the form of a project, they should be made to follow the proper procedures and should fulfil the criteria that has been fixed (before projects are awarded to them)," he said.
This, he pointed out, would avert misuse of power or any misappropriation in the implementation of government projects and would not compromise the quality of life and benefits enjoyed by the tax-paying public.
As such, the systematic management of records would enable the auditing team to perform their work more efficiently.
"As the saying goes, prevention is better than cure. Any organisation's dealings become more transparent if its records are managed effectively and consistently. It will also be easier for the organisation to defend itself if its integrity is questioned by others.
"The formation of the consultative committee (on political funding) will hasten the process of creating a culture of transparency, especially among political parties," said Azman.
PARTY RECORDS SHOULD BE COMPLETE
Another senior lecturer at the same faculty in UiTM, Alwi Mohd Yunus, concurred with his colleague, saying that the maintenance of a complete set of records formed the basis of good governance when it came to political funding.
If political parties failed to keep proper records, it would not be easy for the consultative committee to function effectively, he pointed out to Bernama.
"So now the question is, does each and every party have a record management system, whereby every transaction involving political funding is recorded? Do they keep the relevant documents?
"Are there existing legal provisions that require each political party to submit a report on the funds it receives, and uses its records to back its report? If there are (such provisions), how is this process being implemented?" asked Alwi.
He also hoped that the consultative committee would impose a ceiling on the amount of funds a party was authorised to collect.
No matter what kind of mechanism was implemented by the committee, sound record management practices were a crucial aspect of political funding operations, he added.
"Under a proper record management mechanism, every form of transaction is recorded, and these records can be used as proof that the transactions were conducted in accordance with the laws of the nation. Such a mechanism will prevent the flow of funds from illegal sources," added Alwi.
PARTIES WILL BECOME MORE RESPONSIBLE
Alwi stressed that political parties would only exercise more responsibility over their funding activities if an effective system was in place to manage records of collections, adding that it would also inject more transparency and professionalism in the world of politics.
"The people in general and party members will be aware of where the funds are coming from and how they are being distributed and utilised. In short, it will lead to more transparent financial governance.
"A proper check and balance system can be implemented effectively in this context," he said.
His colleague, Mohd Nizam Yunus, said only through efficient management of records could political parties ward off allegations hurled at them by certain quarters.
He added that political parties should also have in their payroll a qualified records manager, who possessed strong ethics as well, to closely oversee the party's records to prevent leakages from occurring.
"This is important as party secrets should not be divulged to unrelated individuals. Such information can only be revealed to the authorities if any investigation has to be carried out with respect to the country's laws.
"In any record management system, the security (of the records) is given much importance. They have to be protected not only from natural disasters but humans as well, as the records could end up landing in the hands of unsolicited parties," he said.
Lontaran Idea oleh Nizam Yunus