KNOWN just as E8, the Bukit Aman Special Branch Counter Terrorism Division has been working behind the scenes since the 1990s in Malaysia’s battle against terrorism. Terrorist groups and cells ranging from al-Qaeda and Jemaah Islamiyah to Kumpulan Mujahideen Malaysia and, more recently, the Islamic State (IS) have been busted due to E8’s painstaking work.
Yet a misconception has persisted about how Malaysia was used as a launch pad for the Sept 11, 2001, attack on the United States. The division could not counter such allegations because information about its work had to remain classified for security reasons. Now, finally, after files have been unclassified, the head of the E8, Deputy Comm Datuk Ayob Khan, speaks to Sunday Star to set the record straight.
Can you comment on allegations that Malaysia was used as a launch pad for the 9/11 attacks on the United States in 2001, and that local authorities were unaware then of the terrorists’ presence here?
This is definitely not true. In December 1999, the Special Branch received information from an American intelligence agency that nine Arabs, suspected to be al-Qaeda members, were in Malaysia. They were actually a unit that specialised in suicide attacks and bombings.
Based on that intel, we tracked down one of the operatives, Khalid Al-Midhar, who entered Malaysia on Jan 5, 2000. We were tasked with conducting surveillance at KL International Airport that night. We waited at the baggage carousel area and one of the officers spotted Khalid. Based on his mannerisms, clothing and movements, I would never have thought this man would eventually hijack an airplane and crash it into the Pentagon (in Washington DC).
We tracked Khalid’s movements in Malaysia, following him to Bukit Bintang (in Kuala Lumpur), where he met with three other operatives – Nawaf Al Hazmi, Salahsaed Mohamed Yousaf @ Khallad, and Suhail @ Abd Shorabi. All four stayed at a condominium in Sungai Long (Selangor) that belonged to Malaysian militant Yazid Sufaat. Khalid, Nawaf and Salahsaed flew to Bangkok and joined other terror cells to plan the 9/11 attacks.
We passed all information, including passport and flight details and photographs to an American intelligence agency. Unfortunately, that agency did not share the information with other US law enforcement agencies such as the FBI. If the agency had shared the information, pre-emptive measures could have been taken by US authorities to arrest the suspects as they entered the United States. This lack of coordination was highlighted in the “9/11 Commission Report” published by the US Government after the attack.
Thus, allegations that Malaysia was used as a launch pad and did not share intel with American authorities are simply false. Those who make the allegations should look at their own shortcomings first before blaming Malaysia.

Was the surveillance of Khalid the first success E8 had in battling al-Qaeda?


No, it’s not. In December 1995, we arrested Wali Khan Amin Shah, the man connected to the basement bombing of the World Trade Center in New York City on Feb 26, 1993. The blast killed six and injured more than 1,000 people.


Our investigations revealed that Wali Khan was close to al-Qaeda member Ramzi Ahmad Yousef and that both were hiding in South-East Asia. While Ramzi was eventually detained in Pakistan, Wali Khan remained elusive. However, through intelligence exchanges and cooperation with agencies in neighbouring countries, the division managed to track down Wali Khan on Pulau Langkawi where he was attempting to open an Arabic restaurant in Kuah in June 1995.


We counter-checked Wali Khan’s photograph with the FBI and confirmed his identity based on an injury to his right hand following a mishap while testing a bomb in Afghanistan. He was married but had two girlfriends – a Malaysian and a Filipina.


We caught him in Kuah on Dec 11, 1995, while he was distributing fliers to publicise his new restaurant. He did not resist arrest – in fact, he was shocked, and even cried.


This success prompted then US President Bill Clinton to send a letter of appreciation to our Prime Minister and the police, especially the division.

Is there a comprehensive rehabilitation programme for militant detainees?
The rehabilitation of detained militants and religious extremists is organised by the police with assistance from various government agencies. The process begins with the detention order.
The detainees are placed under the supervision of the Prisons Department, which has its own rehabilitation programme involving discipline development (up to three months), personality enhancement (six to 12 months), and evaluation by the Prisons Department, the Malaysian Islamic Development Department (Jakim) and the police.
During detention in Kamunting (Perak), Jakim is roped in to conduct a series of rehabilitation programmes to instil an understanding of the true teachings of Islam. And former detainees with special expertise are also invited to deliver talks.

Who are among the scholars and ulama who have made a difference in rehabilitating militants?
Among those who have commanded respect from the detainees are Universiti Sains Islam Malaysia senior lecturer Abdullah Jalil, Islamic Strategic Research Institute senior fellow Engku Ahmad Engku Ali, and Home Ministry Islamic affairs officer Ustaz Zamihan Al Ghari.
The most outstanding among them was the late Prof Datuk Dr Muhammad Uthman El Muhammady, a fellow of the International Institute of Islamic Thought and Civilisation. Despite his deteriorating health a few years ago, Dr Muhammad Uthman kept talking to families of detainees all around the country, in Johor, KL, Perak, Sabah, and Selangor.
A week before he died, he was still hard at work on his review of reading materials seized in various operations. His son, (International Islamic University lecturer) Dr Ahmad El Muham-mady, also greatly assisted us in the rehabilitation programme.
From 2001 to 2012, we conducted rehab for 289 militant detainees with a 97% success rate. Only seven of those detainees went back to militancy.

What other programmes are there for detainees?
The police is organising a special re-education programme for families of both detainees as well as militants who are still at large. They are invited for dialogue sessions at which all complaints and doubts about matters such as legal procedures are addressed.
The next step is the reintegration into society of former militants, which is vital in countering radicalisation and violent extremism. We have to ensure that ex-detainees are able to return to the mainstream of society. Among the steps taken is helping them secure jobs.
For the record, several senior JI leaders have become successful businessmen and own several companies. Some are lecturing and many returned to their initial workplaces.
We also extended financial help to those interested in setting up small businesses and encouraged the younger ones to continue their education.
One successful example of reintegration of militants is the case of 13 Malaysian teenagers who joined an Al Ghuraba JI cell operating in Karachi, Pakistan, in 2003. All 13 were escorted back to the country. Five of them eventually enrolled in universities, some have since become lecturers, a few joined multinational companies, and others became businessmen.

What is your advice to Malaysians in the fight against terrorism?
The police, especially the division, cannot act alone. Members of the public, NGOs, as well as religious scholars must play their part. Families must be wary of their surroundings and report suspicious activities to us. The division will always be on guard.
As for the current IS threat, we have detained 294 militants since February 2013. The safety and security of everybody is our priority. 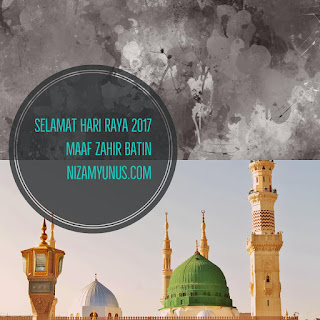 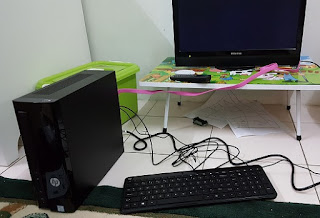 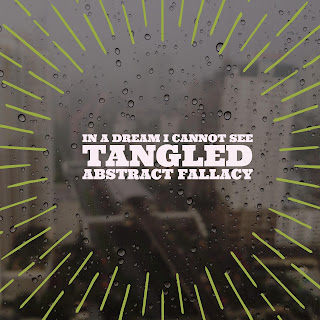 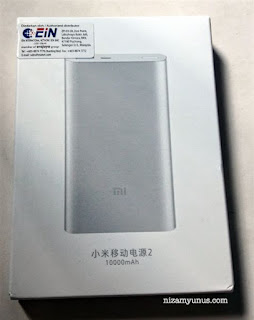 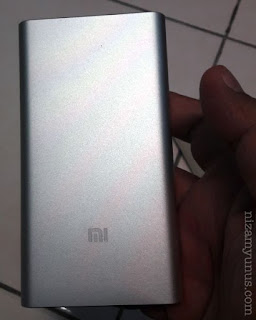 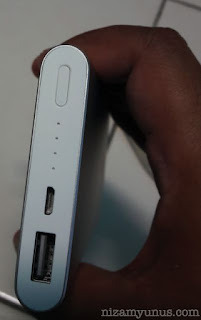 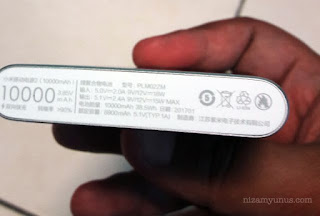 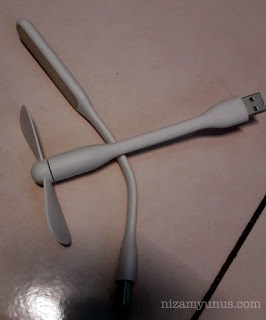 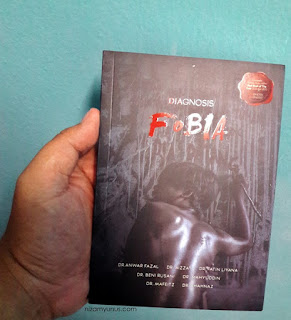 Buku ini saya beli pada 24 April lepas, menarik bukunya, ditulis oleh sekumpulan doktor-doktor dan kisah di dalamnya adalah 100% misteri dan 90% adalah kisah misteri di hospital. Gaya bahasa dan penceritaan adalah menarik dan adakalanya santai seperti membaca blog. Some of them even wrote in full English, some in 99% Malay and some are using mix language, like this blog.
Overall, this book is good to read. Actually this is the third installment of the Diagnosis series, all written by a group of doctors. Yang lagi dua which is the earlier series, saya tak beli lagi, will buy soon. My first was the latest series. One of the writer is Fatin Liyana, dimana blog beliau kerap saya baca.