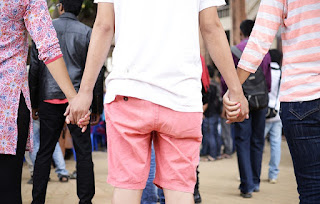 Kisah dibawah saya ambil dari laporan akhbar The Star bertarikh 21 Disember 2016.
PETALING JAYA: When Lee Hui Sen attended an auction of houses that had been recalled by banks, he liked a double-storey house and bid RM445,000 for it. He paid a 10% deposit to the High Court for the double-storey house.
He then went to check out the house. When he saw a family still living there, he could not bring himself to take the house from them.
The Good Samaritan decided to forgo the RM44,500 deposit and hand the house back to the family.
Lee’s lawyer had already sent the letter of vacant possession and a letter asking the earlier owner S, 47, and his wife Nor, 42, to remove the caveat from the house.
S was declared a bankrupt in 2014 after defaulting on his mortgage loan.
In a handwritten letter to S, Lee wrote that he had decided not to continue with the purchase even though he had paid the 10% downpayment.
“I am Lee Hui Sen, the buyer of the auctioned house that you are living in now. I am sorry for buying your house and it might have made you and your family worried.
“The other day, my family and I went to your house and we saw shirts outside the house. We do not have the heart to evict you.
“We will lose the money but it will go into the bank account of your house. We hope this can be of some assistance to you,” Lee wrote.
He also advised S to go to the bank to restructure his loan to avoid having the house put up for auction again.
Lee also provided some feng shui tips, telling S to remove old plants and flowers at the side of the house to make the house brighter and to welcome positive energy.
“Good luck to you and your family,” Lee wrote.

Nor said she found it hard to believe when she found it in the letterbox.
She showed Muslim Consumers Association of Malaysia (PPIM) chief Datuk Nadzim Johan the letter, who helped to verify with the bank’s lawyers that the letter was genuine.
“This is really unbelievable and a miracle to get a chance to rebuild our lives again,” she said, adding that they received the letter in July.
Nadzim said this was a very good example of a man with a golden heart.
“You have not met this person and yet you can just part with your money to help someone. People are fighting for so many things outside and yet this man can provide assistance to a family for them to start anew.
“We urge Lee to come forward so we can offer our appreciation to him,” he said.
Nor said S has been servicing the house loan for almost 20 years but was not prompt in his payment.
The bank allegedly declared S a bankrupt in July 2014 without his knowledge and at the same time, offered him a reschedulement of RM350,000 for 25 years.
S and Nor were former bank officers before they resigned in 2010 and 2011 respectively to focus on their business in the service sector. But they faced financial difficulties after the business floundered.
“I feel the bank really cheated us as they never told us about the bankruptcy and still offered us a reschedulement.
“In 2014, we received notice of the first auction. After a meeting with the bank officer, we were told to pay RM40,000 before the auction date. We paid the amount and were arranging with the bank to do a reschedulement.
“From there, the matter was prolonged until four auctions,” Nor said, adding that she had written numerous letters to the bank.
Nadzim, to whom the couple had turned for assistance, said he had tried to arrange for a meeting with the bank for the past three months but to no avail. 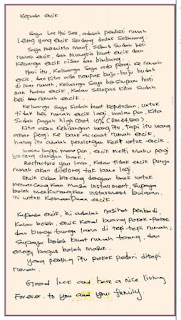